I am capable of living richer than I have been. 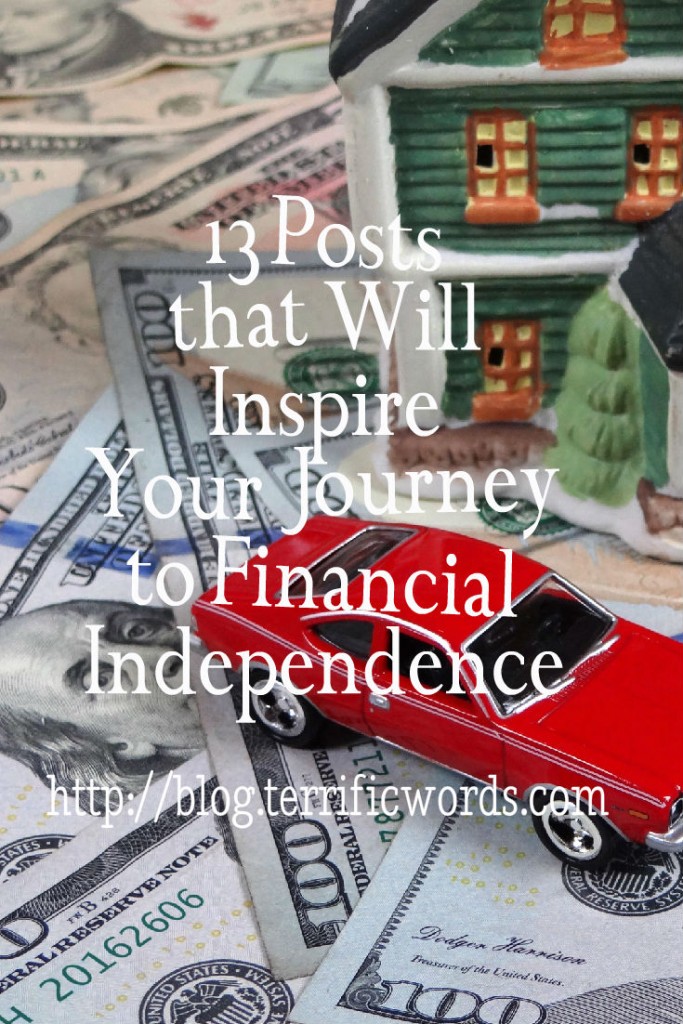 If these stories don’t inspire to gain financial independence ,nothing will.

I know Independence Day was over a week ago. And judging by the title you’re probably thinking that I’m behind the curve with this post. But give me a break. Posting blogs a week later than you planned is acceptable when you give birth to a baby three weeks earlier than expected.  Luckily, our pursuit of financial independence doesn’t depend on a national holiday. To aid your efforts in dependence from debt, I scoured the web to provide you a round up of the top 13 blog posts to motivate you towards a life of financial independence. Hopefully, the below will help you as much as they’ve helped me.

How I Trick Myself Into Saving For Travel

The First Lesson My Father Taught Me About Money: The Bike Story

When the Money Runs Out

Financial Lessons That Led to Bankruptcy

10 Ways I Worked, Hustled and Saved to Financial Independence at 28

How to Quit Your Job, Move to Paradise and Get Paid to Change the World

What inspires you to continue on your path to financial independence?