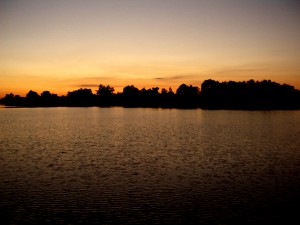 Every new day is a new beginning.

I believe one of my favorite late singers, Aaliyah said it best: “If at first you don’t succeed, dust yourself off and try again.” However, while I hear the catchy melody to the Aailyah song on the Rush Hour sound track, most people simply roll their eyes as they are reminded of the worn out cliche. Why? Because nobody likes the thought of starting over. After all, who wants to start over after spending hours trying to break your record for the most times you  jump rope in a minute? Or who wants to find themselves at the beginning of the book reading challenge only to stop reading, forget what the book is about and have to go back to the beginning.

For some reason people see the idea of starting over as simply doing twice as much work instead of another chance at success. And sometimes, it means spending more money than you would like. To others, starting over is the admittance of failure. After all, you wouldn’t be back at square one if you didn’t screw up steps two through four.

I’m not afraid to admit I’ve had my fair share of failures and “start overs.” I can’t even begin to tell you the amount of times I’ve had to start my no carb diet over, redo my sit-up challenge, or restart my writing challenge of penning 20,000 words towards my novel a month. I’ve even attempted to get washboard abs alla Janet Jackson atleast 4 times every year and ended up starting over. That means I’ve had a whole lot of failures and even more successes!

Each time I went back to the beginning was another opportunity for me to do it right. And like clockwork something got in the way. One minute I’m down 3″ inches in my waist and the next I’m so enthralled by the House Hunters marathon on HGTV that I never even make an attempt to do a single sit-up …. for weeks. Then, I’m back to where I started again.

It’s something that happens to everyone. Work, family life, eating, school, chores get in the way of your goals. After a while, it happens so much that you feel like you have no choice but to give up. However, rather than giving up, I challenge you to choose “restart”.  Yes, it’s frustrating. But what isn’t frustrating is the fact that it gives me another shot of hope.

Wouldn’t you rather have another attempt of starting your business instead of giving up and going back to work and school full-time never to look back? Unfortunately, I’ve seen what happens to those people and the outcome is never good. They usually end up miserable, unhappy, and unfulfilled.

I’ve decided that no matter how many times I fail, I refuse to be that miserable, unhappy and unfulfilled person. I’d rather cut my loses and financial obligations and start over. Hopefully, you will too. Life is all about starting over.

And those times when I am frustrated about starting over, I like to remind myself that I’m better off  “wasting” time and money by starting over than I am stopping midway and spending the rest of my life thinking I’m a failure.

The choice is yours.

Have you ever been happy about needing to start over? How did it work out?