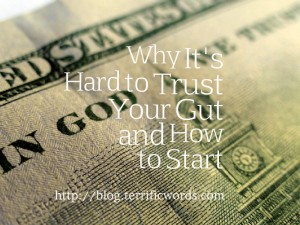 At 1 am one Thursday morning while I was sound asleep, I got a phone call from my husband who was at work. Normally, a phone call at this time will jerk anyone out of a peaceful sleep in fear that something was wrong. On any other day that probably would have been me. However, this night in particular I didn’t get the feeling that something had gone array. And I was right. As I sleepily answered the phone, my husband asked me a question about a topic I normally wouldn’t care about it. But this time was different.

“Guess who just got traded to the Sixers?”

Without hesitation, I excitedly yelled into the phone as though I wasn’t just sound a sleep, “Jason Thompson.”

See, this was a big deal to me. My husband and I went to school with Jason and since the day he was drafted to the Sacramento Kings several years ago, I told my husband that one day he would be playing for the Philadelphia 76ers. However, according to my husband and many other die hard basketball fans, that would never happened because the Sixers didn’t need a big man. However, I stuck to my gut despite what the naysayers said.

Many years went by and my gut never wavered in spite of my lack of sports knowledge and what the statistics dictated. So when I got the late night from my once skeptical husband announcing the news, I wasn’t the least bit surprised. People doubted me, questioned my reasoning and pointed to facts “proving” my speculation would be wrong. However, my gut didn’t care. I knew what was meant to be and I was right.

Moments after hanging up the phone with my husband while basking in my glory, I questioned why it was so easy to stick to my gut when it came to something that didn’t effect me at all.  Meanwhile, I can’t do the same when it comes to my future.

It’s easy to take a gamble when there’s nothing at risk. In my case, the worst that could happen would be the relentless teasing I’d get from my husband and brother who thought my prediction was outlandish. It wasn’t a real gamble. However, sticking to my gut when it comes to starting a new business venture, moving or other life altering change is a huge gamble – one that can affect my family, friends and entire livelihood.

So instead, I play it safe – ignore my gut and go left when everything in me tells me to go right. Why? Because it’s the tame thing to do. Just like when I listened to my gut in regards to Jason being traded – believed not trusting to my gut with big changes involved no risk. Of course, I couldn’t be more wrong.

As I looked back on different scenarios in life, I realized refusing to trust to my gut had been the riskiest thing I could do. Choosing to ignore my instinct, resulted in my entering a toxic friendship that later caused me heartache, a much smaller bank account and missed business opportunities. And of course, I can’t forget the guilt trip I put myself through once I realize I actually should have gone with my gut feeling. It usually begins with  beating myself up for a few hours, complaining to my husband and then second guessing every decision I make for the next week as I’m suddenly less in tune with my gut. In hindsight, the aftermath is always much riskier than the decision my gut was telling me to make.

It always seems to make so much sense after the fact. Meanwhile, at the time  you should be trusting that annoying feeling, it’s so unclear and scary for reasons that never make sense. And that’s just it. It’s so scary because it doesn’t make sense. We’re scared because the risk of trusting defies logic and we’re afraid of making the wrong decision.

So what’s stopping us from taking the risk of following our gut now? The fact that we made wrong decisions in the past? Is it because we have no way of predicting the outcome of following that gut feeling and being wrong? Well, here’s the funny thing. Even if it is the the wrong decision we have the power to turn it into the right decision later on. And when you think about it, that’s what life is all about. We are all a result of our bad decisions, which isn’t such a bad thing in hindsight. And at some point, even when the decision was wrong we found a way to amend it. And look at what great people we’ve become because of it!

But imagine if you trusted your gut. If it’s the right decision you’d be patting yourself on the back for a job well done. And even if your gut was the wrong decision, you wouldn’t be dealing with that nagging voice in your head asking, “What if did trust my gut?”

Why don’t just avoid all of that and just start trusting yourself. Of course, it’s easier said than done. But trusting yourself is a lot like trusting the person you intended to marry. If you want to begin following your gut more, I suggest building the type of trust you see in a spouse. How do you do that? Make a decision, stick to it and learn from the results. In time, you’ll see that the more decisions you make and stick to, the easier it will be for you to trust your gut when the time comes.

I can safely say that as trivial as it was, my ability to stick to my gut in regards to Jason Thompson being traded to the Sixers has definitely boosted my confidence when it comes to trusting my gut when it comes to riskier decisions. And to think all this clarity came from a late night phone call.

TERRIfic Quip: There’s a voice that doesn’t use words. Listen