“My education cost a ton, but my resourcefulness is priceless. “

There’s not a day that goes by that I don’t say, “I wish I could pay off my student loans at warp speed. This ten year ish is for the birds.” I even wrote a post about paying off debt at warp speed.

Let’s face it, no matter how valuable our education may be to us, it doesn’t change the fact that it totally sucks having to pay it off. Because dealing with a lump sum of debt is crippling, it only makes sense to do everything you can think of to pay it off. It’s no secret that I’m constantly writing posts about tips and tricks I use to whittle away my student debt little by little. They range from using cash back sites like Ebates, Mypoints and Swagbucks to selling items on Zazzle. But no matter how simple, they all require just a tad bit of effort. None of them are truly fun or an effortless way to whittle the time away. 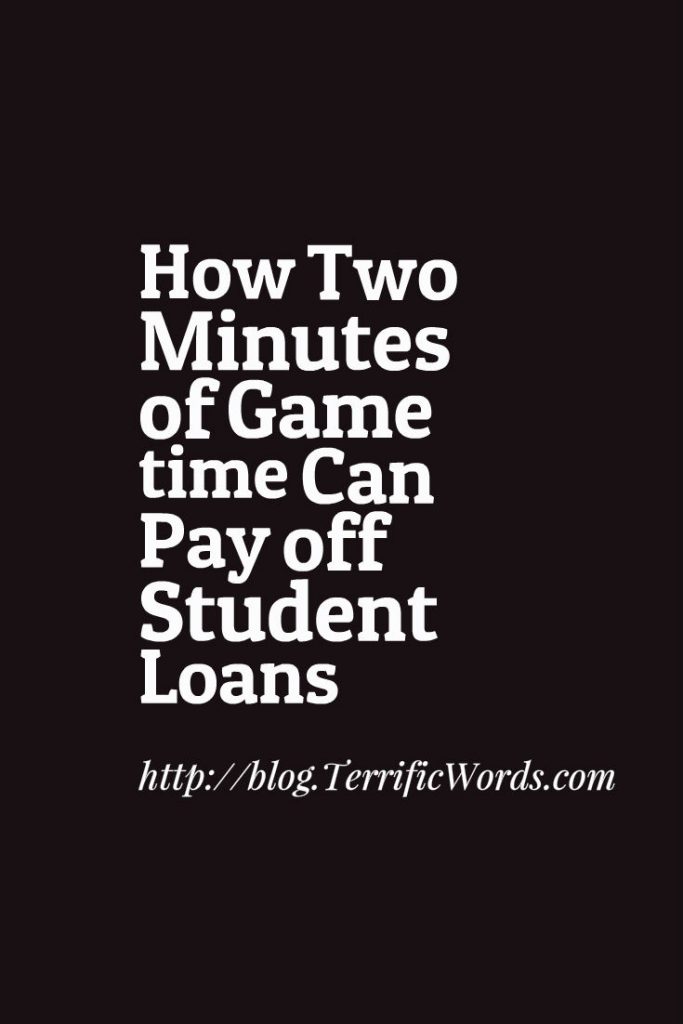 You’ve heard about saving, selling and earning cash back points to pay off student loans. But you’ve never heard about playing it away. No gambling required!

Enter Givling. Givling is the free app that allows you to play free and paid games to pay off your student debt the fun way. They’ve found an ingenious way to combine crowdfunding with our ability  to get mindlessly lost in our phone. The way it works is people log on to play their free daily game of trivia. The more you play and better you score, the  more coins you earn to play games. Debt is funded in the order you signed up and each player is assigned a number for their position in the queue to get a pay off. Should you run out of coins and want to play more games, you can purchase more coins for $.50.

You may be thinking, “Why would I want to pay 50 cents to play an app?” The good news is that 90% of the money earned from paid game play is applied towards the pay off of debt. So you can rest assured that if you’re not currently in the top ten of the queue who’s to get debt funded, it’s helping someone else drowning in debt like yourself. No worries, if you can’t pay for games. Your decision to play your daily free games is helpful too because the more you play, the more likely advertisers will be enticed to pay for adspace in the app which is always handy in crowdfunding the debt pay off.

The creator of the app is truly working to make this idea a movement. The goal is to have millions of people playing the trivia games daily so more debt can be paid off.

Who needs to use GoFundme to crowdfund when you can use Giving?  Currently, I’m number 6,921 in the queue so clearly I have a while till my debt is completely paid off. However, since starting a few months ago the site has paid the student loans of a handful of people. (In less than a year they’ve paid out over $360,000!” Plus the more I play, the higher I can get bumped up in the queue. Download Givling now to start crowdfunding student debt the fun way. Don’t forget to use my referral code (T38031) so both of us can earn extra coins for freeplay.

Don’t have any student debt urging you to join in the play to crowdfund movement? That’s ok! Tell your friends, share on Facebook and tweet about it so we can make this game to pay off debt a success. And if you do have debt and want to join the app, don’t forget to add “Daily Givling play” to your to-do list.

What other methods are you using to pay off debt?