There is a commonly used word in the english language that is certainly hurting your future. It’s not a curse word and it has nothing to 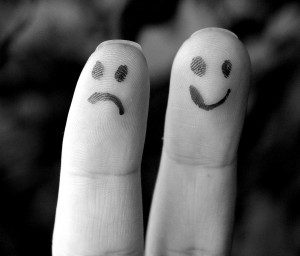 The One Word You NEED to Stop Saying Now!

do with offending anyone.  It’s a widely accepted word that is used multiple times on a daily basis. In fact, if you look back through my blog posts, you’ll probably find this word mentioned a lot more times than I would like to admit.

Can you guess what this detrimental word is? If you’re like most people the first word that comes to mind is probably “no” with the second being “can’t”. While both those words can surely hurt your future, it’s not the word I’m referring to. The word I’m thinking about and suggesting you need to strike from your vocabulary is “should.” Are you scratching your head? I figured you would be.

You’re probably thinking, “how could saying should or shouldn’t be detrimental to my future?” Whether you realize it or not the word “should” is doing a lot more to hurt your future than you think. Don’t believe me? Let me count the ways…

How many times have you said, “I should lose weight.”? Now how many times can you recall saying that phrase alone resulting in any weight loss? Probably not that much. That’s because saying should does not allow any room for self-acceptance and has absolutely nothing to do with commitment to change.

3. There’s nothing definitive about it.

Should is a wishy-washy word. When we say we should do something what that really means is I hope I do something but I’m really not sure if I will. Say “should” still leaves you some room to not do anything all.

“Shoulding”  on your self is clearly bad, but doing it to someone else is just as harmful. Imagine saying, “You should really update your resume” to a friend. Your comment could be coming from the best of places, but all your friend hears is your judgement.  Rather than feeling encouraged, your friend may feel bad and unworthy.

Now, I’ll be honest. Removing “should” from your vocabulary is not an easy feat at all. I even had trouble coming up with a title for this post without using the word. I never realized how often I use the word. However, since starting my quest to save my future from the demise of “should” I discovered a few alternatives.

For weeks now, I’ve been saying that I should get up at 5:00 in the morning to work out. However, it rarely happened. Once I said, “It’s important I wake up at 5:00 am to workout so I can get back in shape for bikini season,” I felt more motivated. I was also more likely to wake up.

2. I acknowledged my feelings.

Saying “should” denies your reality. It usually stems from some form of dissatisfaction but rarely acknowledge it. So instead of saying, “I should be upset about weight.” I’d say,  I’m not happy with my weight. What can I do about it?”

3. I willed it into to existence

This is probably the easiest swap for “should”. Instead of saying I should do something, I simply said I will do something. Saying will instead of “should” removed the option to back out and was the first step in holding myself accountable.

The end of cursing your future by saying “should” will take A LOT of time. However, when you are successful in it, you’ll soon find that you’ll have much more success under your belt, a happier disposition and brighter future.

Having made the commitment to stop “shoulding” yourself? Or has should been detrimental to your future?

TERRIfic Quip: The only person you are destined to become is the person you decide to be.