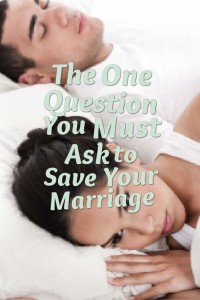 There are certain questions most women ask their potential mates before marriage. They usually inquire about past relationship history, career choices, habits and family life. However, there is one question most people don’t ask, but probably should. This one question could make or break a marriage. You might laugh when I tell you the topic of this important question, but it’s important you heed my warnings. Ready for it….  It has to do with sheet thread count. No, I’m not joking.

I learned the hard way that there are two kinds of people in this world: sheet snobs and sheet neanderthals. I have no shame in calling my self the former. As a matter of fact, at a very young age, I learned that beautiful pink and frilly barbie sheets were no match for plush and smooth sheets with an impressive thread count of 650. Barbie sheets were nice, but there was no way I was gonna pass up the opportunity to sleep in a bed of lotion that reminded me of my mother’s touch. Yes, this probably made me a weird child, but I was a child with standards. That’s what happens when you are taught the importance of thread count at an early age.

Some people weren’t so fortunate. My husband grew up in a loving household where jersey cotton sheets where acceptable and anything less than 500 count sheets were suitable as long as it covered your bed. Hell, he barely knew about thread count until I asked him about it. As much as I love him, I sometimes wonder how this self-proclaimed sheet snob made a big mistake when she married a loving but very naive sheet neanderthal. How could I have not seen the issues this would cause sooner?

You don’t realize that it’s a problem until you come home from a day of work only to find out that the unthinkable happens. Your plush sheets have been stripped from the bed and replaced with something inexcusable.

I’m sure you’ve heard the phrase, “Happy wife, happy life.” Well this woman was not a happy wife when she came home from a night of teaching Zumba to find sheets that felt like sandpaper on the bed. That’s right, my husband had committed the ultimate marital bedtime sin. He decided to make the bed up using sheets with a thread count that felt like 250. (And I’m being nice by giving the sheets the extra ’50”). To sheet neanderthals 250 sheets would be just fine, but to a sheet snob like myself, those sheets felt like hell. Did he think I wouldn’t notice? Even comedian Aziz Ansari, understands the importance of silky high thread count sheets. Check it out:

Imagine climbing into bed and finding crumbs from your lunch all over it. That’s exactly how low thread count sheets feel – completely crappy. And crappy sheets mean crappy sleep, if you can manage to sleep at all. I was certainly not a happy wife that night. I stared at the ceiling for most of the night trying to get comfortable on that sad excuse for sheets, wondering how I even managed to let them make it into our home. As I laid awake that night, I realized why studies show time and time again that women sleep better alone. Disagreements over sheets had to have something to do with it!

Meanwhile,  my husband had the best sleep he’s had in a while… so he tells me. According to him, his low count sheets are better because they keep you warmer at night and they are very comforting. I love my husband but he must be delusional.  I don’t know how he was able to get over the pilling. The whole time he was telling me why his sheets are better and that we should never go back to my 600 count sheets, I was contemplating ways I can get rid of them so I can sleep better that night.

Of course, I never followed through with any of my plans and ended up uncomfortable again for another night, tossing and turning trying to fall  asleep in that bed of sandpaper. Sleep certainly wasn’t the easiest thing to come by. At one point, I actually laid out on the living room couch to watch TV for a while. When I returned to the bedroom I was barely able to close my eyes since I spent so much time scratching my skin.

And again, when morning came I was tired, cranky and even more upset about the change of sheets. That lack of sleep caused me to be irritable, cranky and pick unnecessary fights with my husband for days. How could you blame me? I was not a happy wife! I couldn’t be when I was unable to sleep soundly. It was because of this shift in sleepwear that our marriage was no longer as happy as it once was.   That lack of sleep caused by irreconcilable sheet differences led to less cuddling, threats to sleep separately and bad attitudes throughout the day.There were several days that my well meaning but misguided husband was forced to watch chick flicks on TV instead of his beloved sports games out of my revenge from making me deal with unsatisfactory sheets.

We were truly living in marriage hell. I would never wish it upon anyone. After about the third night of my low thread count sheet misery, I couldn’t help but think this could have all been avoided. Had I not pulled the sheets over my marriage and asked what my husband’s preference in sheets were, we wouldn’t be facing these problems that led to many restless nights and even more quarrels.

Luckily, my sleepless nights quickly ended when I did a quick sheet swap when my husband was working late. Oddly, enough I haven’t heard him complain about it yet… We’ll see how long that lasts.

Until then, I highly suggest all engaged ladies, newlyweds and even those dating have the important discussion about sheet requirements early in the relationships. Doing so could save you from a world of headaches and sleepless nights.

What sheet thread count do you prefer? Do you and your spouse see eye to eye when it comes to sleeping arrangements.

TERRIfic Quip: Go in with both eyes open.