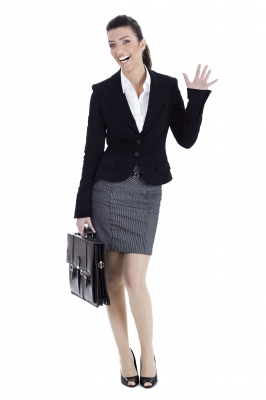 So simple but it holds so much more power than we know. You utter it in passing of your boss in the hallway. You sing it when answering the phone. You even repeat it when meeting your best friend’s boyfriend for the first time. But when the phrase becomes second nature, you are oblivious to the pull it truly holds.

“Hello” is probably the most powerful word someone can say in their lifetime. Repeating it may be the simple act of kindness people hear that make them realize their importance in the world. They’ll know they’re actually cared about. Think about it. It may be for the first thing a person hears in the morning that turns their day around.  Saying “hello” to someone can change a person’s life because you may have been the first or only person to have spoken to him/her that day. Suddenly, the person no longer feels like a useless spec in this huge universe, but a living, human being with a purpose.  It’s an acknowledgement of existence  – something everybody needs every once in a while. It could be the very last thing a person hears before they die or the soothing sound that makes them keep going at work. “Hello” could be the very word that makes someone change their mind about doing something detrimental such as hurting themselves or committing suicide. Or it can inspire them do something life changing like committing to a job offer or finally putting themselves first. A “hello” at the right time can make a world of difference if said to the right person at the right time.

It’s a power that “hi” just doesn’t hold. How could it? “Hi” is in passing and a lackluster gesture. Hello is a conscience and inviting effort to illustrate that someone’s existence does matter. It’s your moment to prove that you see eye to eye. My guess is if everyone made a conscience effort to say “Hello” rather than an effortless “hi”, the world will never be the same. It will only get better.

Suddenly, the famous movie quote, “You had me at hello” holds a whole new meaning. Thank you, Jerry Maguire.

Do you make a conscience effort to say “hello” instead of “hi”? Has “hello” ever turned your day around?

TERRIfic Quip: Happiness is a choice.