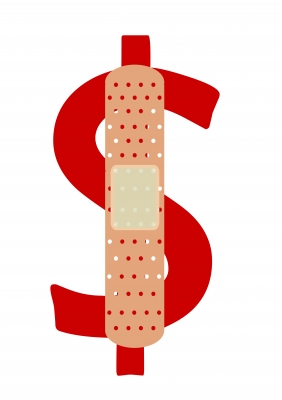 I’m sure most are aware of the reports stating student loan debt will soon surpass $1 trillion dollars. Of course ,with that much debt distributed,  there are millions wondering how they are going to pay it off. Kelli Space, a Northeastern Alum, may have figured it out. Rather than wallow in her mistakes, Kelli brainstormed ways to pay down her $200,000 student loan debt as quickly as possible. Yes, she got a job. And she also started the website twohundredthou.com to tell her story and ask for donations to assist with the financial burden. It’s only fair considering she didn’t have a graduation party in 2009 where she would get monetary gifts… At least, that’s the way she’s spinning it.

As anyone can expect, she’s gotten loads of hate mail mixed in with words of praise. What do I think of this? I think I should have thought of it sooner! As many of you know, I too am burdened by student loan debt. Granted I don’t have as much as Kelli Space, but it’s certainly more than I would like. What better way is there to pay off debt than to combine your own employment efforts with the kindness of those assisting in creating a brighter future for young Americans like herself? I think it was a great idea for Kelli to take her debt troubles to the public. After all, people have no problem donating to those entering beauty pageants or someone’s new business venture. Why wouldn’t people want to help out a girl who got screwed over in her pursuit of a higher education and a brighter future? Yes, she should take responsibility for her actions and I believe she has.

Although I applaud her efforts, I don’t think I have the courage to do that. I am way too much of a private person to put my financial burdens in the public eye. I do have to admit that it is something I have thought of doing, prior to coming across her blog. Kelli beat me to the punch! After nearly two years, Kelli has raised almost $12,000 towards her student loan debt.

So what do you think about Kelli’s attempt to solicit donations from kinds strangers? Check out her website, www.twohundredthou.com to see for yourself!