Repeat after me: “This will be the best day of my life.”

Guys, I celebrated my fifth anniversary with my husband two months ago and I’m still on cloud nine. And all we did was hang around the neighborhood. Everything about our anniversary weekend was absolutely perfect. The crazy part about it was we were literally ten minutes away from home, but it it felt like we were hours away. I was convinced we were in paradise even though it was a staycation. It was truly the escape I needed minus the pricey flight (though I’m sure I would have found a discount on cheapoair), hotel taxes and heavy luggage. And though it was only a weekend, it was exactly what I needed to recharge, feel a bit of excitement and prepare for the week ahead.

Considering how great I felt during my vacation to paradise which wasn’t a vacation at all, I’ve been obsessed about finding out what made it all click. After all, it would be nice to know  how to recreate such a perfect day in paradise should I need to get away again and not have the time or money to board a plane. So in true form, I’ve decided to analyze and completely breakdown our magical anniversary weekend so I’ll know exactly how to turn an ordinary day at home into a paradise getaway when the time calls for it. 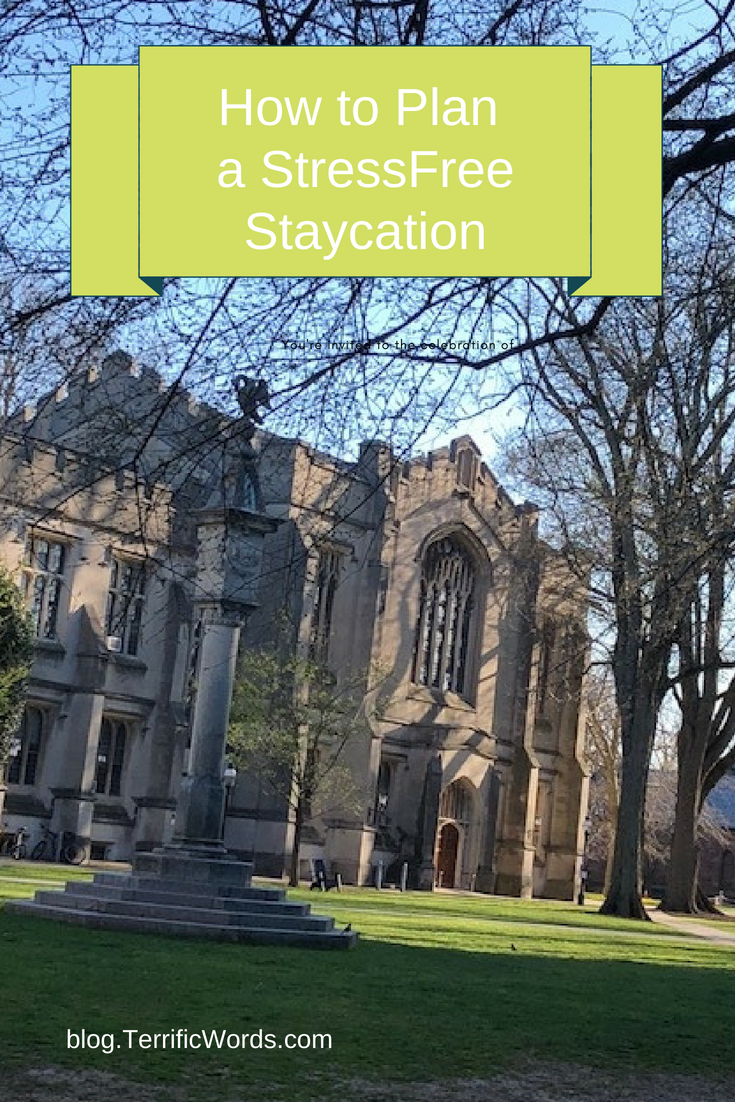 It is definitely possible to feel like you are on vacation in paradise without leaving home.

1. Tell yourself exactly how it will be.

First things first. Your words are a blue print of your future. So it sounds corny, but the most important reason why our mini anniversary celebration turned into the most amazing vacation was because we simply said it would be. You all know how I am about speaking positively. Well, that holds true for anniversaries and staycations. The night before our anniversary staycation extravaganza we toasted to an amazing anniversary weekend. To take it a step further, I said this the following morning: “This day will be the best day of my life. Adventure awaits me.” Other than giving birth, our anniversary ranked right up there. Speaking things into existence works.

My mom always told me when you look good, you feel good. As shallow as it might sound, I’ve found this philosophy to be true so we decided to apply it to our anniversary staycation weekend. You know how most people put on their most comfortable sweats, put their hair in a messy bun and throw on some sneakers when they travel? Well, we did the opposite. Even though we weren’t going to the fanciest of places and only walking the streets of college town, Princeton, we still wanted to put some effort into our appearance and I think it really upped the magical and romance factor of our staycation. I wore a semi-formal knee length dress I found at Burlington, while my husband wore a new suit from Bachrach. We may not have spent a million dollars on our attire, but we sure felt like it which certainly helped get us into the bliss, vacation like vibe. 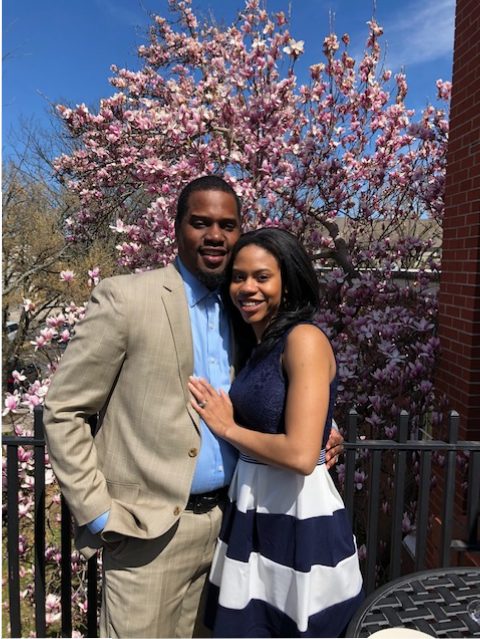 3.Be up for anything

My husband and I had known for a while that we would spend our fifth anniversary in Princeton. We had actually planned out the entire weekend. It started out with breakfast on the patio at home, followed by a canoe ride in the Delaware river, a couple’s massage and then dinner at our usually favorite Blue Point Grill. If time allowed for it we were gonna go for a walk on one of many trails, get tea at a cafe and head to Philly to run the stairs of the rocky museum. Needless to say I had every moment of the day scheduled.  In reality only two of things got done – Breakfast and our special dinner. And to be honest, the breakfast on the patio turned into breakfast in bed and dinner at Despana became a late lunch. Ditching our plans to go with the flow definitely allowed us to relax a bit more, explore more and truly take in all the city of Princeton had to offer.

So I feel really silly saying this, but we’ve lived in the town neighboring Princeton just as long as we’ve been married and we’ve only been to maybe two of the local restaurants in town. Hell, we’ve barely explored the town at all. It just wasn’t a priority once we figured in childrearing, work schedules, etc. However, considering freelancers don’t exactly get “paid vacation” we figured our anniversary was the perfect time to try something new. The newness of it all played a big part in the anniversary celebration that turned out to be the most memorable vacation I can recall.

Our first stop on our “do something new tour” was the amazing Spanish restaurant Despana on Nassau street in Princeton. Everything about this quaint spot in downtown Princeton is so charming from the brick exterior, red patio-like chairs in the dining room and picturesque outdoor terrace. And of course, the food was incredible. We dined on a rustic bread called pan con tomate, and the most flavorful, seafood paella I’ve ever had in my life. Best part was that our two appetizers and meal only cost about $50. Plus, it was BYOB so we enjoyed a sweet and crisp ice wine aged five years in honor of five years of marriage. 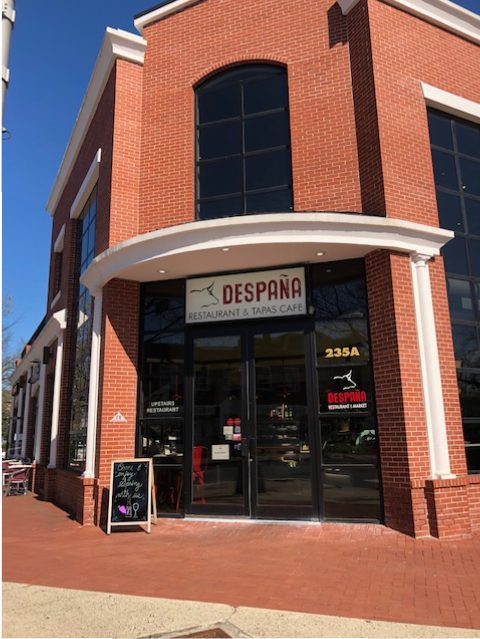 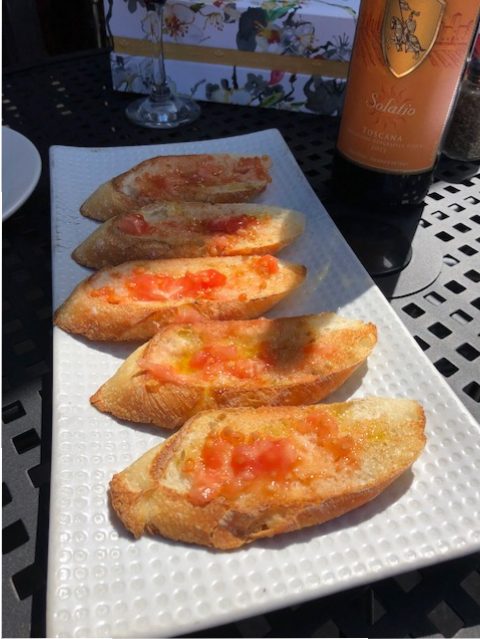 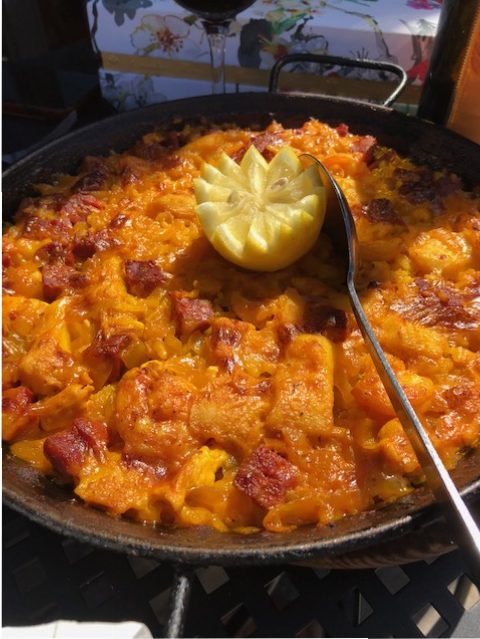 5. Hang with the locals

What we intended to be a romantic day of just the two us turned into an  exciting day meeting a bunch of new people. And it never would’ve happened had we not ditched our plans. Instead of keeping our appointment for a couples message, we decided to do what my friend Cydny over at GoalTravelers would do and get lost exploring town. What we found was the cutest little alley way with water features, artwork and benches. Not only was it a perfect backdrop for picture taking, but it was was a nice spot to engage in conversation, people watch and chat with the people walking by. I’m always amazed at what brings people from different walks of life to NJ. 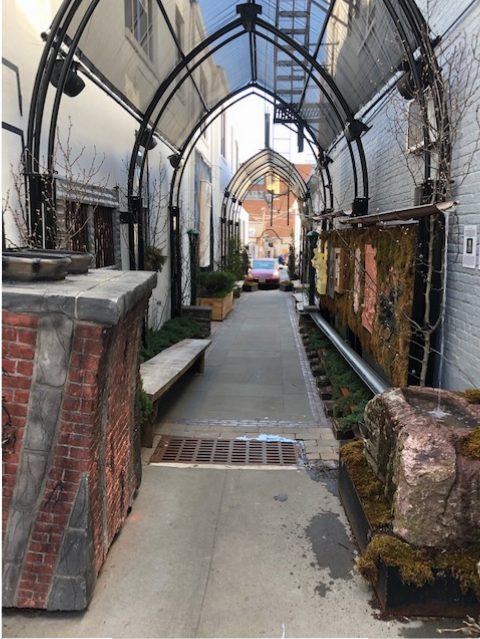 Our “secret” passage alley way finally led us to the bar and restaurant on Witherspoon St., Alchemist & Barrister, where I had some amazing fries and chatted with a sweet couple who relocated from Canada. The wife lived in Spain for a few years to study culinary arts, the husband was an environmental scientist who got transferred to Princeton and their son was a graphic designer who’s credits included Black Panther and the latest Star Wars movie.

I think one of the key that truly made the weekend feel like the perfect vacation in paradise was that we ignored all forms of technology. Like most American’s these days, we seem to live our lives attached to a screen whether its a tablet, TV, phone, Apple Watch, etc. That means everything under the sun can easily grab our attention whether it be a work related email, sports stats, or the latest news headline. Other, than taking pictures and making sure Little Prince was doing well, we completely disconnected from our phones. And it was amazing! Sometimes all you need to do to feel connected is disconnect. It really did wonders for our staycation.

Have you ever taken a staycation? What did you do to make it memorable and enjoyable?

TERRIfic Quips: The only difference between a good day and a bad day is my own perception.