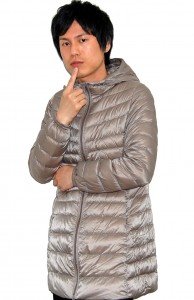 I remember the day I found out I was not memorable. It doesn’t seem like a big deal, but it was absolutely crushing. It was a few weeks after Hurricane Sandy when I learned the truth. Like everyone else in my small  New Jersey town, I was in Home Depot trying to piece my home back together after Sandy chewed it up and spit it out. Of course while there, I ran into a few familiar and unfamiliar faces. Unfortunately, my face was just “unfamiliar” to one I found extremely familiar. The exchange went like this:

Me: Hey, how are you doing?

Me: (After realizing he didn’t recognize me) I’m fine thanks. I just had to say hi because you looked so familiar. I think I may have had you before.

Him: At Rider? I still teach there.

Me: Are you Jeff Brown?

Him: Oh, right! I’m sorry. I’ve had so many students it’s hard to keep track of them. So what are you up to now?

Me: I’ve been freelance writing with magazines, newspapers, and businesses. Are you still writing for the newspaper?

Him: Yes. I have a column there now.

Me. That’s great. Well, it was nice running in to you.

That was the whole conversation. No, it wasn’t insulting, demeaning or earth shattering but it still sunk my heart. Granted, it probably is hard for him to keep track of everyone he ever taught, it still hurts to find out the person who reaffirmed your love for the field after a terrible college experience completely forgot about your existence. What makes it worse, is knowing you live in the same town, work in the same field, and have even written for the same publications. I had even gotten an A+ in the class! It was so embarrassing realizing his memory was so vivid in my mind, while I didn’t even occupy a dusty corner in his mind.  How could he have forgotten about such a remarkable student he has so much in common with?! It made me realize how many others I would never forget but have already forgotten about me.

And then I realized, he was not the one to blame. I was. It was completely my fault that he didn’t remember me. I hadn’t said or done anything memorable so why would he know who I was?  It wasn’t until the next day that I realized my former professor’s response was a direct correlation to the success of my writing practice. After all, if my college professor couldn’t remember me, how could a business owner or marketing manager remember me? And if they can’t remember me, they can’t hire me.

The realization that you aren’t memorable is never an easy thing to sit with. No one ever wants to think of themselves as boring, common folk who fades into the night. However, it’s something you will have to accept if you want to strive professionally and personally. And once you accept it, you can begin making steps to become that memorable person who’s name brings a smile to everyone’s face just by thinking of you.

If you think about it, you’ll see that you aren’t actually a boring person. In fact, no one is. Everyone has an interesting quirk, or fascinating back story, no matter how clean cut they seem. What’s boring and not memorable is the way you present yourself. If at a network meeting, you begin by saying, “I’ve been in sales for the past 15 years so I’ve been fortunate to connect with a lot of businesses,” you are definitely boring and won’t be remembered. However, if you say “I’ve definitely been around the block for a while. I’ve connected with so many associates that one might call me the hooker of the sales industry,” you most definitely won’t be forgotten.

I admit my second example may be a little too risky or inappropriate for some, but the key is to say or do something that can’t necessarily fit into a box. Say something interesting and you will be remembered as interesting. I am constantly telling people about my pocket Play-Doh at business meetings or networking events. I’m sure it sounds weird to some, but they always remember me! In fact, some of them even call to hire me!

However, being memorable is more about saying or doing something interesting. It’s about connecting. Once I reflected on the situation, I realized I graduated from college years ago and enrolled in this particular professor’s class long before I graduated. In all that time, I never once contacted him. I never emailed to let him know how I was doing. I never sent a card to thank him for all that he’s done for me. And I never stopped by his classroom just to say, “What’s up?” It’s no wonder I became a non-existant memory in the corner of his mind. I never made the effort so why should I expect him to?

I never did send him that thank you card. But I did make an effort to reconnect with various editors I worked with in the past, former employers, and those I met in meetings. I even reached out to people I attended high school with. I figured enough time has passed, so we can get over any petty issues that occurred during our teenage years. I don’t know how memorable my attempts have made me amongst people in my life, but I do know that effort is worth it . Not only can it help me professionally, but for some reason it touches me on a personal level.

In what ways do you make an effort to be memorable? Have you ever experienced someone not remembering you the way you thought he/she would?

TERRIfic Quip: Your life is your message to the world. Make sure it’s inspiring.