Have you ever found yourself in one of those peculiar situations where you just can’t help but say the wrong thing? Whether it be traveling abroad, attending a wedding, or enjoying a business lunch sometimes you just can’t help but find yourself with your foot in your mouth creating the most awkward and uncomfortable situations. While it may seem like common sense, some phrases and questions really are difficult to decipher. Sometimes it’s because the person just isn’t thinking. Other times the person just might be curious. Regardless of the reason, there’s no denying that people just don’t know how to act! It becomes even more obvious when you are the recipient of the unwelcome comments and tasteless questions.

Luckily, there is now help. After finding myself on the receiving end of way too many comments in poor taste (and been the one to unknowingly deliver them), I’ve decided to start an ebook series designed to help people avoid them. The series will include books describing what not to say in several scenarios such as weddings, at parties, when traveling, during lunch dates etc. Not only will the book provide practical advice on how to keep your foot out of your mouth, it will have you nodding in agreement, blushing with embarrassment and reflecting on past experiences as you see yourself in the scenarios. Check out the first installment here. 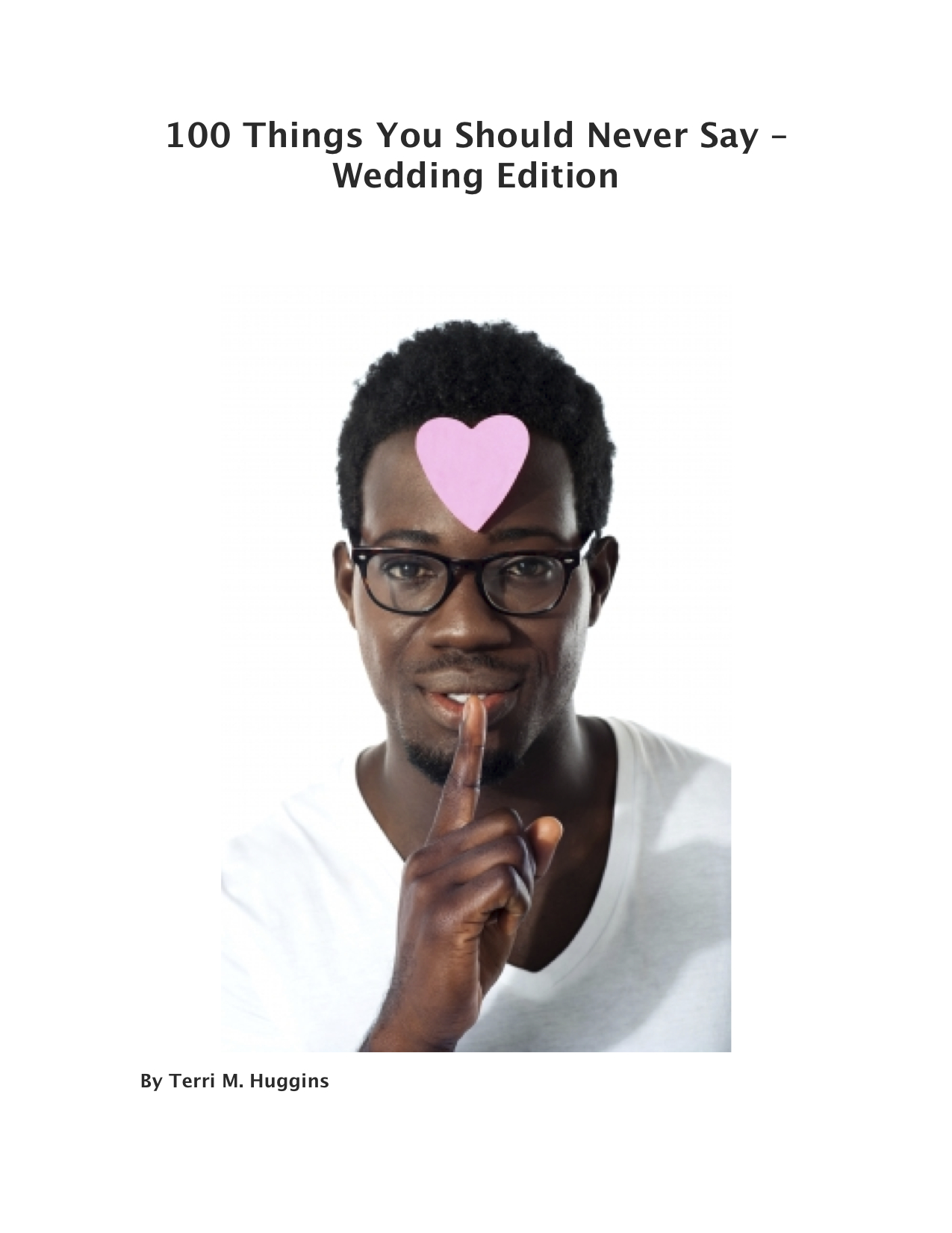 Oddly, enough I’ve found myself one too many times on both sides of the scenario. I will never forget the day I was shopping in the maternity section for a friend’s gift and chatted up a friendly woman in the store. We discussed pregnancy, how much it costs to have children, things to buy etc. We giggled and sighed as we shared a mutual hate for baby expenses. And as she analyzed some more maternity clothes I made the biggest mistake anyone could make by letting some dreaded words leave my lips.  “How far along are you?” Seems like an innocent enough question. Only problem is she wasn’t pregnant. I immediately got upset with myself for ruining what could have been a great friendship that started in the maternity section and turning it into the moment this kind woman suddenly second-guessed her appearance,  convinced herself to go into hiding and committing to a “no – anything that tastes good” diet. (Of course, I’m speculating but knowing that things really could have ran through her mind kills me.)

What makes it worse is knowing that anything you say from that point on could never make it better no matter how much you grovel or apologize. I will now forever be remembered as “the woman in the store that called me fat by assuming I was pregnant.” Needless to say, I’ve never made the mistake of uttering those words again. But could you blame me? We were in the maternity department and she was measuring maternity clothes against herself!

And then there were times that I was on the receiving end of thoughtless comments. Like the day someone mindlessly asked me why I have a boy name during a social event. Or the other time, someone told me I was too young to get married. And how could I forget the time someone asked if I had a job because I collect coupons and shop at thrift stores. Or the time, an acquaintance asked if my fiance is white. And the time….. Well, you get the picture. The point is we have stupid things said to us all the time, but we rarely acknowledge the times that we can be just as stupid. It’s about time that ends…

When have you made a thoughtless comment to someone that did more harm than good? In what situations do you find yourself on the receiving end of comments in poor taste?

TERRIfic Quip: Be your own advocate. No one can do it as well as you.