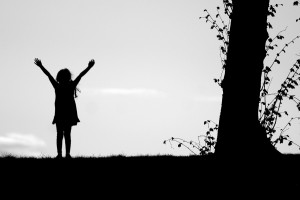 Winter dragged on. Spring showed promise and summer flew by us. And in the blink of an eye it’s fall and we’re staring at “OCTOBER” in giant letters on our calendars. If you are anything like me your thoughts probably sound like this:

“Holy crap! Where has the time gone? The year is almost over and I haven’t done anything.” That’s when you peek at your new year resolution list and recognize that you’ve barely scratched an item off. And with the reminder that it is October, you feel like you have no time left, you need to give up and simply focus on making 2015 amazing.

But I say, hold that thought. You’ve got almost three full months to do something meaningful. Instead of giving up on this year, it’s time to kick all those plans you had into high gear. It’s never too late to make a difference. Three months is a lot of time to see the fruits of your labor. Think about it…

In three months you can:

Get those flat abs you’ve been dreaming of

Sign up, attend and complete classes for a professional certificate you’ve been dying to earn

Make a decent dent in the emergency savings fund you’ve been putting off.

So now that you know you still have time left and there’s still several feasible goals to accomplish, you’re probably wondering where you can start during this last ditch effort to make 2014 amazing.

Dig up your goal list from January and see what you can tackle. Didn’t make a list of goals at the start of the year? No problem! Now’s your chance to get some scrap paper or pull up the  “notes” app on your phone and create one. And no, it doesn’t matter if you failed at every single goal you jotted down earlier this year. That was in the past and the past is behind us. Right now, we’re focusing on making these goals work out now and in the future.

But don’t just rest at picking a goal. Go a bit further by making a plan. After all, a goal without a plan is just a wish.

Most importantly don’t give up because you feel like the year is almost over. It’s not too late. Get off your butt and do everything you can to make 2014 amazing. I know I am. Who’s jointing me?

What do you plan to do to make the rest of 2014 AMAZING? I want to know what you are doing!