I’ve always been a very driven, goal-oriented person. When I set my mind on something, nothing else mattered. So when I was in high school and declared that I would be a millionaire by 30 no one batted an eye at it. After all, I had accomplished many other long term goals in the past so why should this one be any different?

Yet, here I am three years away from 30 and I’m still swimming in student loan debt, making a modest salary, and figuring out the difference between want and need as I declutter my tiny apartment. In other words, I’m not even close to being a millionaire. Hell, I’m still trying to figure out how to scrape together money to get my friend’s wedding North Carolina this year and my cousin’s wedding in Trinidad next year.

I must admit that I have made some great financial progress over the years. My debt has significantly decreased, I most definitely ended 2015 richer than I started and my savings account is continuously growing. However, that still didn’t add up to my becoming a millionaire by 30. 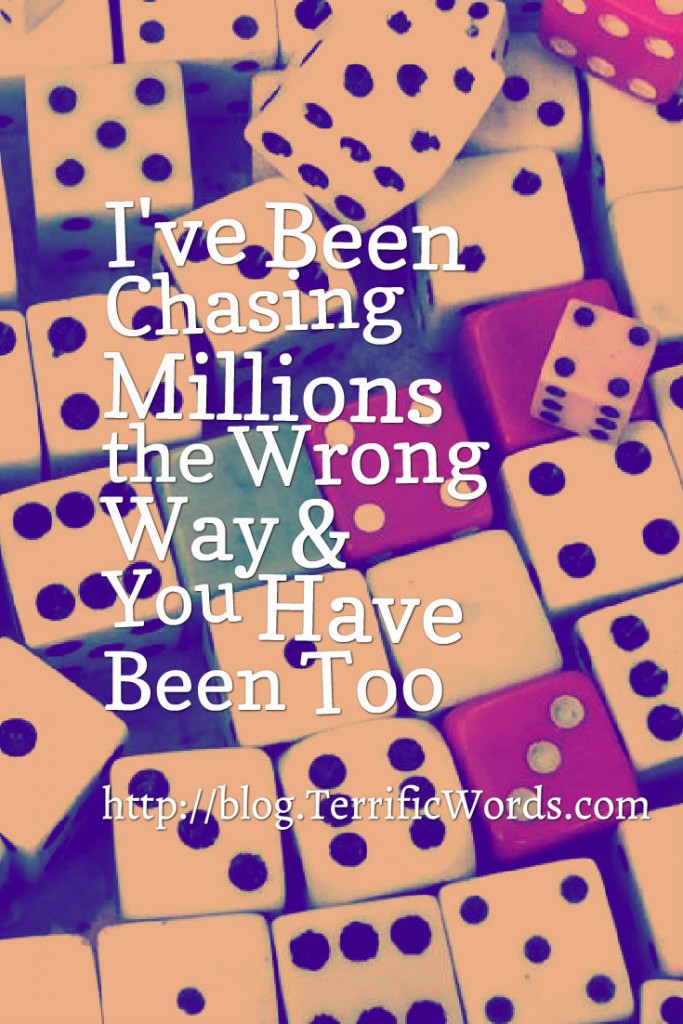 Not a millionaire yet? Chances are you’ve been going about it the wrong way.

It just didn’t make sense to me because I’ve been hustling like crazy to make business work. I’ve been making sure I take on valuable writing clients for accepting new copywriting and journalism assignments. Each Zumba class I teach is reviewed every few months to make sure I’m making what I deserve. Plus, I’ve been marketing my writing like crazy to gain exposure so I can bring in as much new money and sales as possible for my business.

I thought I was doing everything right in my quest to bring in one million. It wasn’t until I read this quote on a popular blog that I realized I was doing nothing right.

“See money not as the primary goal but as a by-product of helping a million people.” – startup camp.com

The reason why I haven’t gotten closer to making millions is because I focused too much on money and not enough on the people. Though I never did anything to sacrifice my morale or integrity, I forgot that no matter how much I have I’ll never be wealthy without helping people. Somehow along the way of seeking financial stability, security and a debt-free life I forgot that. Sure I still volunteered as the time presented itself, but I forgot to tie that desire to help people with my business. That means not only seeing my writing or Zumba classes as a source of income, but a source of inspiration I’d be willing to give away.

And thats the problem I think most of us make when chasing financial goals. We all hope and work to be rich so we can live the life we’ve imagined but we go about it the wrong way. All we see are the steps leading up to the millions but we’re blind to the millions of people who need our help along the way. That may get you your millions eventually, but it will also get you greed, selfishness and solitude.

So I decided to change my lofty goal. Instead of making a million dollars by 30, I am fully committed to help one million people by 30. It’s still a lofty goal, but the purpose means so much more.  I’ve found that when you give and give generously, it always comes back to you. The trick is being generous with something of value. Though I haven’t found all the answers yet, I’m confident that I will reach my goal of a million helping one person at a time.

TERRIfic Quip: The purpose will always trump the paper.