I’m sure if you are in the job market or looking to grow your business you’ve heard one cliche phrase from everyone over and over. You know what i’m talking about. It’s the one you hear so much that you start to wonder if there is any truth to it or if it’s something that just got twisted up in the grapevine as though it’s a game of telephone. Yet, you repeat the cliche without giving it a second thought.

As popular as it is, it seems as though the phrase just popped up out of nowhere coincidently around the same time everyone became networking fanatics. Well, even though your grandmother, professor, and neighbor across the street told you these fine words of wisdom, I’m here to tell you that it’s not true. But it’s not exactly a lie either.

You see, the phrase “It’s not what you know. It’s who you know,” focuses on networking to get to know new people. Of course, it’s important to branch out and meet people. But this saying seems to ignore the people you already know. Other than the professional association and your bosses lunch buddies, you’ve got a whole different networking group you need to tap into every once in a while. It’s called your friends, family, and acquaintances. I know you are probably giving me the side eye right now and wondering what your grandmother and her knitting buddies can do for you, but hear me out…. 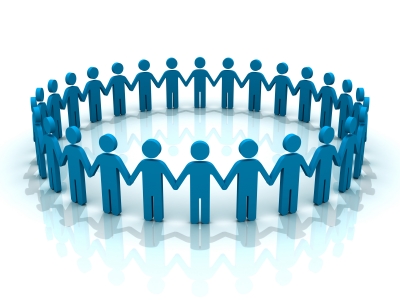 Your grandmother’s knitting buddy just might be the CEO of that Fortune 500 company you’ve been trying to connect with. Or your godmother just might be in the market for a new brochure.  Your best friend’s boyfriend, who you happen to eat lunch with occasionally could be looking to revamp his resume. Your crazy Uncle Reggie could be best friends with Angeline Jolie’s stylist and looking for a new designer – All of these are something you can do. But because you were too busy following that old mantra and networking with a different group, those in your own network ended up hiring someone else to do the work you could. They didn’t know what you know or what you are capable of.

Unfortunately, it’s a lesson I’ve learned the hard way more than once. That’s why I chose to ignore the old business mantra and adhere to this new one:

A little tongue-tying, but important nonetheless. Unless your network knows what you know, you won’t be able to reap any benefits. You may only see your child’s preschool teacher as a kind spirit with a knack for children, but underneath it all she may be a first-rate accountant who could use your help. At the very least, she could pass your name along to the right people. But she never would’ve been able do that if you didn’t let her know what you do.

It’s very possible that you do know some very important people. They can’t help you if they don’t know what you know. So rather than dismissing them as “only your dad’s golf buddies” acknowledge the connection, build a relationship, and make sure he is aware of your expertise. Otherwise, you will just be letting a good connection die by assuming the people you know can’t do anything for you.

Have close friends or relatives ever given you lead or helped you out after making your expertise known?

TERRIfic Quip: Repeat this everyday. “Today is the day I do the impossible.” Say it enough and you will definitely believe and make it happen.