There are two types of people in the world: those who thrive off lists and those who don’t. I happen to fall into the first category.  I make lists for everything! Grocery lists, 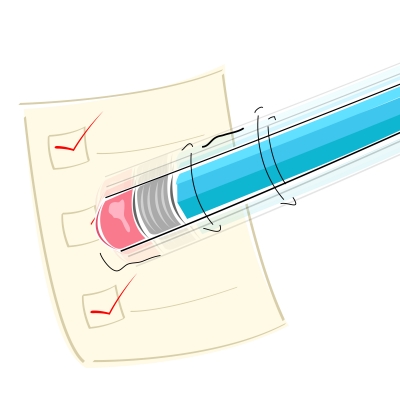 bucket lists, travel lists, channel lists, blogging lists, networking lists, summer trip lists, wedding lists…. You name it; I’ve probably made a list for it. One might even say I’m addicted to lists. I think it’s something I picked up from my mom. Now I picked up a lot of good things from my mom, but I don’t know if my addiction to lists is one of them. My problem is that I’m never satisfied with my list. I make them to help me stay organized and be productive… or so I thought. But whenever I review them I feel as though I either don’t have enough on them, have too much, or just feel the need to add something new every time I complete something. So I never feel like I accomplish anything. Of course, that only makes me even less productive and like a loser prompting me to just dive into more work.

That’s when I noticed I was approaching lists all wrong. Instead of using it as a tool to increase my productivity, I was using it to prove my productivity to myself. It made me feel like I wasn’t doing enough. So my  lists became unnecessarily long and lacked focus and direction. When you have no direction, you don’t know where you are going. Naturally, the lists never got done. On top of that, expecting myself to finish so many items in a short time period was only setting myself up for failure. It was an unattainable goal but I was too blinded to see that.So I decided to make a change. I wanted my lists to make me feel like I was accomplished and getting things done.

Instead of loading my lists with as many things as I could possibly think of, I decided to limit the items on my list. Now my lists don’t exceed five to seven items per day. And it feels good! Making shorter lists allowed me to stay focused and finish each item to the best of my ability. When I kept packing my lists, I never finished anything and did everything half way just so I can get to the next item quickly. Obviously, that didn’t work out too well. Now, checking off one item on my lists make me feel accomplished.  I don’t feel the need to add another item just as a quickly as I checked one just to prove something to myself. I allowed myself to accept that my best is enough. Once I treated my lists as way to stay organized and not a way to prove my worth and accomplishments I actually felt accomplished! Turns out there is an art to doing check lists and it only took my a few years to figure it out. Now, I can check “write blog post” off my list and feel proud.

How do you organize your lists? Do they make you feel better or worse about your productivity? Am the only one who wrote lists that makes you feel like a loser?

TERRIfic Quip: I am a enough. I have enough. I do enough.