I remember the day exactly. The moment I knew I’d never look at her the same way again. It was the same day she managed to 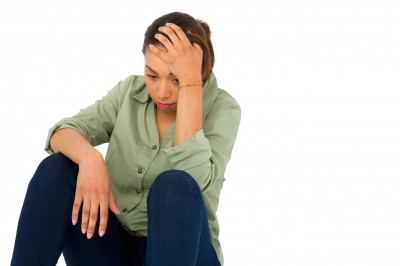 shoot me down to size, rip my heart out, and remove any remaining faith I had left in humanity or myself. It didn’t take much. Just a simple phrase related to the one thing in my life that I shield from the world. I’ll never know how she found out, but she zeroed in on my Achilles heel and shot fire like a pro.

On that day, my entire world changed. I didn’t trust her and our relationship forever changed. But most importantly, I didn’t trust myself. For as long as I could remember, I was the girl with a shield. Harsh words came my way and they rolled off my back. Suddenly, this lady not only made me question her, but it made me question myself. I considered myself a fraud. After all, how can I let someone break me down so easily after professing my strength and ability to ignore insignificant voices for years? How could I continue to call myself a lover over a fighter if all I wanted to do was duck for cover only after I made her feel the pain she put me through? Everything I thought I was turned out to be a lie. I was lying to myself for years and I was just starting to learn the truth about myself. There was no way that I was such an optimistic and resilient person if I let the harsh words of another woman bring me down.

For days and weeks later, I continued to replay the moment in my head – the moment the inflicted pain and harsh words changed my life forever. I lived in constant vision of what my life would have been had I not been wronged. Would I be happier? Would we have a better relationship? Would I still be the vibrant person I knew myself to be? Would I still be living the lie of a tough chick? They were all questions I may never know the answers to. So why bother dwelling in it?

It came to me that I would only be living a lie if I continued to let this heartless person unknowingly run my run my life. Despite that fact that she took my heart and put it in a blender with her cold comments, it was time for me to forgive her. It wasn’t an easy feat considering I never got an apology, but it was something I had to do. I didn’t want to accept that I lied about who am for so long and wanted to be the hero of my story. After weeks of struggling to accept her non-existing apology, it all become easier when I did just one thing. I remembered the acceptance of this “apology” and ability to forgive her wasn’t a favor to her. It was a favor to me so I could live my life once again. So I could have peace of mind. And once I recognized that I should actually be thanking this poor soul for showing me that she was lying about herself all those years, my ability to forgive grew. Once I realized what she said was more about her and not me, accepting that apology became so much easier.

There will always be callous people, hurtful words, and disappointing moments. The important thing to remember is that those moments won’t change who you are unless you allow it to. And not allowing them to change you and live your life becomes that much easier once you learn to accept the apology you never got.

How have you learned to accept apologies you didn’t receive?