Few things make me happier than a good bargain. In fact, since my husband and I vowed to 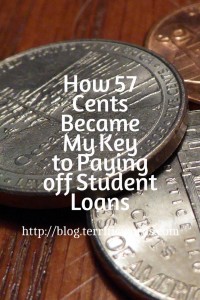 limit spending to necessities in order to pay off debt, a good bargain happens to be the easiest path to our shared high as of late. That means eating out is a no-no, random shopping sprees are forbidden and going to the movies is out of the question. Our quest to pay off student loans also meant that if an item wasn’t on sale, it wasn’t getting purchased. So if there’s not a coupon, or special pricing it’s not gonna happen. Hence, a lot of things get left on the shelves.

That’s why when IHOP announced it’s 57th anniversary sale of a short stack of pancakes for 57 cents, I was beyond ecstatic. In fact, I immediately called my patient husband to let him know that nothing else mattered on that day because we had a date at IHOP. For weeks, I fantasized about how the date was going to unfold. I pictured the welcoming host ushering us to a table  romantically set in the dim corner overlooking the garden outside the restaurant. I imagined my husband and I joining hands as we admired our color coordinating date night outfits. And finally, my smile grew and eyes twinkled as I fantasized about the ridiculously inexpensive check thanks to our splurge on those perfectly priced 57 cent buttermilk pancakes.

Just the thought of the cheap date made my heart smile. Who knew such a great splurge could make a bargain hunter so happy. That is until reality struck. And unfortunately that reality was that my planned date was a forbidden one. Why? Because it was a splurge. Inexpensive or not it wasn’t a necessity. Sure it was only 57 cents but it was 57 cents taken away from my student loans. My husband and I made an agreement that only necessities and career purchases would be made while focusing on a future of debt free lives. And even though an inexplicably cheap short stack at a favorite pancake eatery was good there was no way I could justify it as a necessity.

In fact no discount percentage on a splurge was worth my shifting focus away from the bigger picture of paying off those student loans. I realized that once I justified one splurge it would only be a matter of time before I justified another one. First it starts with a splurge of 57 cents on a shortstop of pancakes. Then leads to a splurge of $5.70 on some new pole dance gear. Then the next thing I know I’ll be justifying a splurge of $57 on a crazy sale at MAC cosmetics. No matter how good the sale is, it doesn’t change the fact that it’s money that should have been applied to paying off student loans. I was not about to let a 57 cent shortstack of pancakes be my gateway drug to irresponsible spending and a longer debt sentence.

So instead, I said goodbye to my dreams of cheap eats and revisited the pact we made reserving all expenses for necessities.  And with that, I sealed the deal by applying the 57 cents I would have spent on pancakes to one of my student loans. While disappointing to know that I soon wouldn’t be feasting on Ihop hotcakes I was proud of myself for standing my ground. Because if a splurge on 57 cent pancakes was the gateway drug to other inexcusable splurges, than resisting a tempting 57 cent bargain was the gateway to resisting even more unnecessary sales allowing me to get even closer to my debt free dreams. If I could say no to 57 cents, than I could say no to $5.00, $15, $150, $500 and more. With every no I say to an unbelievable sale I get even closer to being student debt free.

And to think it all started with 57 cents. It may not be a lot now, but has the potential to become much bigger than I ever imagined.

Are you nickeling your way to a student debt free life? What methods have you taken to pay it off?

TERRIfic Quips: Ask yourself if what you’re doing today is bringing you closer to where you want to be tomorrow.