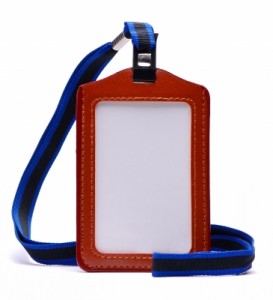 It belongs to someone else. I was named after my dad… and I’m a girl. That’s the problem with unisex names. They work for both girls and boys — except they don’t. My parents didn’t see the problem though. As a result, I came in to the world and my parents branded me Terri Huggins, after my dad Terry Huggins.

Little to my parents’ knowledge, that led to many years of frustration and annoyance. It never seemed like a big deal to them, but can you imagine how embarrassing it is to do projects in school about the origination of your name and tell classmates that you were named after your dad even though you’re a girl? And of course, there was always that one kid in the back of the class to scream out, “But you’re a girl. Were you that ugly?” Or think about what it’s like to get pen pal assignments and consistently get paired with someone confused about your gender. I remember it like yesterday,

How are you? I am seven years old. My favorite color is pink. Are you a boy or a girl? I can’t tell.

Of course, it doesn’t seem that detrimental now, but when you are eight years old just wanting to fit in, those things matter.

The funny part is that my dad’s real name isn’t even Terry. At least, it’s not his birth name. His given name that he chooses to go by is Allister, which is actually his middle name. But for some reason every one around him thought the nickname Terry made perfect sense. And when they had a girl, everyone thought naming her after a “fictional person” was just so clever. That was a mistake…

One would think logic dictates that if I don’t like my first name I should go by my middle name. Well, I would have done that if my middle name wasn’t Marice. Lucky for me, Marice is definitely a girl’s name.  Unfortunately, nobody seems to care. Because my middle name is so close to the male name, Maurice, I was teased for having two boy names. (My parent’s obviously didn’t think that one through) As a matter of fact, one of the first things my now fiancé said to me was “Why do you have two boy names?” Obviously, I got over it since I’m now engaged to him, but the point still remains.

I’m positive it’s something I only face even though there are plenty of other people who are named after a parent of the opposite sex. But I’m convinced everyone else’s parents did it the right way – by giving the child a middle name that clearly resembles the sex. For example let’s take actress and former teen mom Jamie Lynn Marie Spears. She was named after her father, Jamie. But her parents thought enough and realized it would be smart to give her a feminine middle name. She was so lucky that she got two feminine names! And my next example, Bobbi Kristina Brown. Named after iconic New Edition member, Bobby Brown. Not only did she get a female middle name, but she also seems to go by “Krissy”. Rumor has it she’s not too thrilled about being named after her dad and is considering a name change. I wouldn’t blame her if she did… But at least she got her own identity by going by “Krissy”. 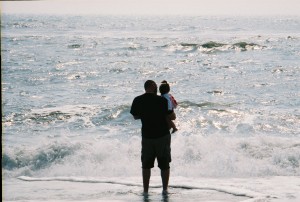 Unfortunately, being named after my dad meant I was expected to be just like my dad. My identity wasn’t mine. It was his. To some, I wasn’t Terri. I was Little Terry. (Notice the spelling difference) And because of that, it was like I was expected to act just like him, look like him and think like him. It doesn’t exactly help that we are both private people, very petite, and have short legs so I was kinda proving everyone’s point. Not to mention we both have birthdays in the summer. I was like a miniature version of my dad. It’s not the worst thing in the world to be like him. But I still wanted to be my own person.

When I was at school, I was Terri HUGGINS and could be anything I wanted to be. Of course, that all ended once I got home and transformed into my dad’s mini-me.

It wasn’t always so bad though. Only my dad’s side of the family refers to him as Terry. Everybody else refers to him by his real name. Or shall I say, the real name he doesn’t have a problem with – as in his middle name.

As much as I can’t stand being named after a male who just happens to be my father, I’ve recently began experiencing some funny feelings about my name and it all started with my engagement.

You see, from the time a woman is born it’s kind of understood that she will change her last name when she marries. Being the rebellious person that I am, I was adamant that when that day comes either I A.) keep me last name B.) have him take my last name C.) hyphenate my name or D.) create a cool new last name we can both share. It worked out perfectly in my mind…. And then I met Brian and all my plans went out the window. I figured he wouldn’t go for changing his name to Huggins, but I thought he’d at least like the other options. I was wrong on so many levels.

He always felt giving a woman his name was his duty and by taking that away from him, I’d be taking part of his manhood. (Trust me, I don’t get it either) But since it meant so much to him I agreed. Being that Huggins is the only part of my name I ever liked, it was a hard thing to do. I mean who else wouldn’t love being called, “Huggie Bear” and getting hugs just for having an awesome last name? Not only is it unique but it’s a great conversation starter. I had to let go of the idea of getting business deals solely on my name and dreams of my future children being fortunate enough to be called “Huggie Bear” amongst friends.

I never identified with Terri or Marice. But I did identify with Huggins so it felt like I would be giving up the person I am. My identity. My hopes and dreams. That unique quality I thought only I had. My sanity. Most importantly, the person I always wanted to be and was finally starting to become. (However, we are now playing with the idea of making my last name my new middle name once I get married.

Though I’m not married yet, my fiancé insists on calling me Mrs. Hart. I, of course, have to argue and remind him that I still have a little  time left to be Huggins. Besides, he has to give me time to cope with leaving the only name I ever liked. The only name that connects me to my dad’s side of the family. And the only name that truly felt like me.

And then it hit me. I’d never lose that connection. Not because I look like my dad and not because a simple name change doesn’t have to change me. It’s because my parents actually did more good by giving me a unisex name than I thought. Sure I have two boy names that I absolutely hate, but it at least they are names that are meaningful and put me in a better position than most women going through the same major life transition.

How do you feel about unisex names? Would you ever name your child after a parent despite being the opposite sex?

TERRIfic Quip: It takes courage to grow up and become who you really are.