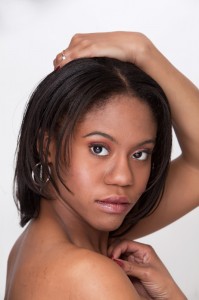 I am not light skinned. I am merely a woman.

Depending on who you ask, they would think I was lying judging from my picture. However, when you grow up in a relatively small suburban New Jersey town being the only person of color in classes, you’d understand. Where I grew up, there was no such thing as light-skinned or dark-skinned. You were either black, white, Spanish or Indian. No one paid much attention to the shade of your skin or where your blackness/whiteness originated –at least not in my circle. You only cared about what you saw. Sure some racism and stereotyping existed, but there was no in-depth analysis or scrutiny of shade. Basically, what you saw is what you got.

In some ways that method was great. It erased the turmoil experienced by many within the African American culture and allowed everyone to just be accepted as who they are. On the other hand, it lent a hand to a creation of colorblind individuals who believed in treating everyone equally regardless of historical implications of society and racial indifferences, which later fueled more ignorance. On top of that, it was the very reason why I had difficulty building friendships with those who looked like me as I got older.

For as long as I could remember, I was always the only brown skinned girl in class and the only one at a friend’s birthday party. For the most part, I was ok with that. Aside from the random kids who asked if I celebrated Kwanza or why my kinky hair looked different from the straight haired Caucasian girl, or the assumption that I was an expert on slavery in class, I was fine. For a majority of my life, nearly all of my friends were white. Other than my obvious darker complexion, I fit in just fine with the other white kids. So much that everyone said I “acted white” once I got to college. No one ever questioned why I was so light in comparison to my parents during my younger years. And no one ever attributed my “likability,” pleasant disposition or achievements to my skin tone.

So imagine my surprise when a black girl in college accused me of thinking I was better than everyone else because I’m light- skinned.  I was dumbfounded because I never thought I was better than someone based on appearance and I never even considered myself light-skinned. For as long as I could remember, I was simply black, brown, or African American. So this girl’s reasoning and concept behind my “light-skin” was a point of contention for me.

Here’s a little history for those who are unaware. As most know, slavery was not a great time for African Americans. Nor was the time of segregation in the 1960’s when minorities faced consequences for things as simple as drinking from the wrong water fountain if they didn’t identify as white or had a darker complexion. If they didn’t have “dark” skin they were treated with a little more humanity than others of the same race during that era. Therefore, the “lighter” your skin was or the more you identified with “being white” the better off you were. Depending on who you ask and who you deal with on a daily basis this concept still holds true in today’s society. Of course, it was unbeknownst to me until I was called on it.

So being the naïve 18 year old that I was, I simply replied to the confrontational girl with “What are you talking about?” She said, “Don’t play dumb with me. You know exactly what I’m talking about. With the way guys keep falling all over you and professors like you because you are light, you think you are better than people like me.” And as a simple-minded girl, my answer was but I’m not light-skinned to which she replied, well what do you think you are then. “A black woman.”

If it matters to anyone, she was indeed of darker complexion than me, but beautiful nonetheless. In fact, they were all of darker complexion than me.  As I started associating with more people who looked like I did during my college years, conversations like the one above and labels such as these continued to happen. I was frequently called “light-skinned bitch,” “light bright”, “practically white” and “red-bone” by other African Americans, meanwhile the white people at my school said nothing of the sort. I was baffled, that I was receiving such treatment from people of my own race. Being singled out so frequently actually made me wonder why I wanted to be friends with people of the same race for so long. At least, the white kids at my school didn’t make me feel as though I was less of a person because of my appearance.

For a brief moment of time, I began to question everything I had and accomplished wondering if it ever had anything to do with my appearance. Did my Caucasian professors act pleasantly around me because I wasn’t automatically stereotyped as a ghetto hoodrat because of my skin tone and did I really earn all of those A’s on my tests? Was my religious application of sunblock before heading outside about my subconscious fear of getting “too dark” or was it really because I was attuned to the realities of skin cancer?

Of course, the mean messages I got on Facebook’s “honesty box” and criticism from peers didn’t help. I second-guessed my relationship with my then boyfriend. After all, he did mention he always had a thing for girls who looked like me. It seemed to give merit to that honesty box message that said, “You know he’s only with you because you are light. It’s not gonna last.” (I showed them considering I married him two months ago.) And then there was those messages saying the only reason why people see me as pretty is because I have so-called “good hair” and fortunate enough to find make-up that matches my skin tone easily. Both of those claims were untrue, but it didn’t stop me from believing it for a short while questioning if anything about me had any merit. Luckily, the questioning didn’t last long as I realized that if I got jaded enough, I could soon poke the “light skinned” theory into every aspect of my life. I had to stop overanalyzing everything and stop taking everyone else’s assumptions as gold.

But that didn’t stop the labels and focus on skin tone from getting to me so I finally decided to ask some friends of mine. Of course, they retorted with, “but you are light-skinned.” After explaining that while I recognized my skin was lighter than theirs I never felt the need to label it and always considered myself a black or brown woman. They decided that my refusal to fall pray to labels was dumb, and that I wasn’t comfortable with calling myself light-skinned because I was ashamed and self-conscience of who I am. Their reasoning was farther from the truth. I was very fortunate to always feel comfortable in my skin and was proud of the person I had become.

And then it dawned it me. Perhaps, the girls who forever felt the need to belittle me based on my skin color were doing so based on personal experiences with complexion and their own insecurities. After all, the ones who focused on my complexion were always the same ones to recite personal mantras to themselves such as “The darker the berry the sweeter the juice.” Maybe I’m reading into it too much, but I thought maybe they had issues with treatment based on their skin’s shade despite their individual beauty. Therefore, they became confrontational towards people like me who seemed to receive preferential treatment from others. I never dared to mention this conclusion to others though in fear of being further attacked and criticized based on my appearance.

Regardless, of my skin tone and no matter how much people may call me naïve or colorblind (which I admit I was in the past) I still refuse to label myself light-skinned. Not because I’m ashamed and not because I’m trying to prove a point, but because I refuse to become part of a society that further scrutinizes a race, and assigning arbitrary labels to people I probably share a lot with it. It’s about time that the African American community actually acted like a community and recognized we are all beautiful regardless of complexion. So yes, my skin may be lighter than other minorities, but I am not light-skinned. I am merely a woman who happens to be black. Will that ever be enough?

*A version of this story was posted on The Frisky

Do you refuse to be identified with a certain label even though it might be accepted by the general public?

Terrific Quip: Love yourself and the rest will follow.