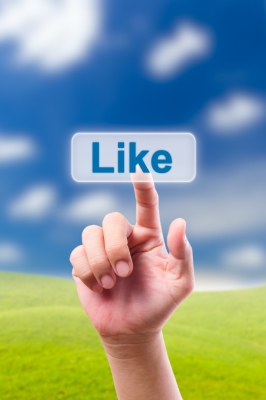 Yes, all of those can be true… if you act like an idiot on Facebook. Other than those fine perils if I act out of stupidity, Facebook has reaffirmed that I can be anything that I put my mind to. Let’s reflect for a moment. How often do you see a status that totally doesn’t align with the person you know him or her to be in real life? We all know that person who  knows nothing about science but feels the need to update their status about the weather every hour on the hour as though they are a meteorologist. Or you’ve probably had  a run in more than once with someone who is consistently cursing, sleeping around, and always drunk but feels it’s necessary to quote bible phrases as a status everyday. Wannabe preacher? Or what about the girl you went to school with who has no fashion or beauty sense and never wore heels a day in her life, but constantly uploads pictures of herself everyday as though she is a hot new model?

Naturally, when people see things like this on Facebook a few things come to mind. They sometimes run along the lines of poser, wannabe, and faker. I  admit I used to be one of them until I realized those so called “fakers” had the right idea… sometimes.

Basically, I’ve learned that in order to accomplish something you have to believe you can do it. Much more than that you need to see yourself doing it. Fake it till you make it. It’s what we do when you pad your resume a bit when you’re trying to get that dream job. It’s what you did when you created that Youtube account to document all the songs you’ve written and composed througout the years. And it’s what we do when you attempt to win contests in which you have to demonstrate your expertise in a certain subject through a personal essay.  It turns out that’s what those posers on Facebook are doing. They’re faking it till they make it. They just happened to use a slightly more annoying approach. (I’m not going to lie. It still does annoy me from time to time.)

How often have you heard the phrase, “Dress for the job you want, not for the job you have.”? Or what about my all time favorite from Sister Act 2 “If you wake up in the morning and you can’t think of anything but being a singer, you’re a singer.” And we all know that for some on Facebook, the first thing they think to do is update their status with whatever prolific thing that comes to their mind. No, it doesn’t always mean that they have nothing better to do with their lives other than give their “friends” up-to-the-minute weather reports. It could mean that they are taking Whoopi Goldberg’s advice to heart and realizing that they are indeed a meteorologist, motivational speaker, etc.

Those “wise” Facebook friends are simply taking control of their own futures and doing everything in their power to turn their aspirations into reality. Perhaps, we can learn a lot from them… If all their annoying updates, hypocritical statuses, and plagiarizing song lyrics simply means that they are “dressing the part” and/or “faking it till they make it”, I can certainly like that.

In what ways do you fake it till you make it? Has Facebook helped you become all that you are capable of?